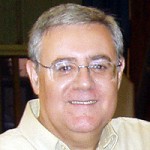 Educated formally until pre-university, with a further diploma on programming language in 1973, V.J. Ballester Olmos is basically a self-taught student of many scientific disciplines. He has had a professional career in Ford Motor Company from 1976 to 2005. He has elected to early-retire in December 2005. From 1983 he has held the position of Manager, Insurance, Benefits and Pensions. During his career he received many courses, technical training, and professional studies in Spain and England on Finance, Risk Management, and Pensions.

Vicente-Juan Ballester Olmos has been investigating UFO phenomena since 1966, he is an active promoter of scientific-oriented ufology and he is proactively focused to team work. A correspondent, collaborator and personal friend to the most noted figures of the field in the last 35+ years.

Mr Ballester Olmos is the author of over 300 publications, essays, articles, case inquiries, bibliographies, book reviews, technical reports, etc since 1965. His bibliography can be consulted on-line in the following url: http://www.anomalia.org/bibliog1.pdf

Mr Ballester Olmos has given frequent speeches in many UFO congresses held in Spain, France, England, Germany, and the United States of America.

From 1992 to 1999, Vicente-Juan Ballester Olmos played a fundamental role in promoting and supervising the start and development of the process of declassification of UFO archives from the Spanish Air Force, through an active cooperation with the Intelligence Section of the Air Operative Command (now Combat Air Command).

From year 2001, Mr Ballester Olmos is managing the FOTOCAT Project, an in-progress project from the Spanish not-for-profit Anomaly Foundation, aimed to create the largest worldwide catalogue of UFO cases where photographs, films or videos have been achieved. Over 6,000 cases are recorded now.

Recognitions:
*1998: Biographical quotation in Marquis Who’s Who in the World.
*2001: Unique civil ufologist interviewed by the Revista Española de Defensa (official publication of the Spanish Ministry of Defense): http://www.anomalia.org/redef.htm