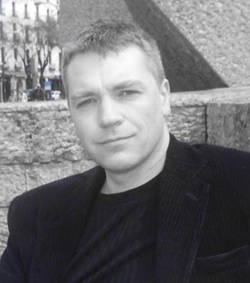 Born in London in 1971, in 1991 he moved to Cáceres, Spain, and since 2000 he has lived in Madrid, where he teaches English.
In 2003, after a lifelong interest in UFO reports from the pre-1947 era and a short infatuation in the Ancient Astronauts Theory, he chose to specialize in the collection and analysys of pre-Arnold and co-founded (and is the driving force behind) the Magonia Exchange Project, a data-sharing initiative aiming to apply modern technology to historical research, with an emphasis on accumulating original accounts of anomalous aerial phenomena from the past centuries.

A UFO witness himself, he nevertheless retains a sceptical view of claims of a paranormal or Fortean nature and prefers to measure such claims in terms of their sociological and literary impact.