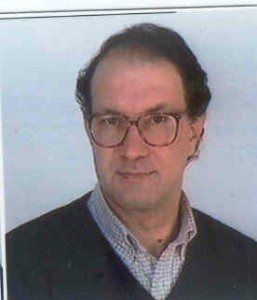 A journalist with a regular column on UFOs in the daily newspaper Diario de Noticias since 1975, he was co-founder and chairman of Portugal national UFO center CEAFI (Centro de Estudos Astronómicos e Fenómenos Insólitos), editor of its journal Insolito (1975-1981),  and later director of CNIFO (Comissão Nacional de Investigação do Fenómeno Ovni), as well as edtor of its journal Anomalia (1993-1996).

He graduated in History  and got a Ph.D. from Porto University in 2005, with a thesis about “The Extraterrestrial Imagery in the Portuguese Culture – from the Modernity to the middle of the XIX Century” (the first one of its kind presented to a Portuguese university).

Joaquim Fernandes is teaching at Fernando Pessoa University, in Porto, within which he co-founded  a Centro Transdisciplinar de Estudos da Consciência aiming to study neurobiological bases of the religious phenomena, and his a co-editor of its annual journal  Cons-Ciências (2002-).

A member of the Society of Scientific Exploration, he is also chairman of Project MARIAN (Multicultural Apparitions Research International Academic Network).

He is author of several books, among them a few about UFOs and Fatima apparitions.