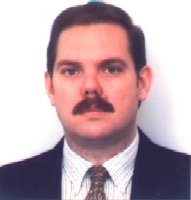 Born in Barcelone (Spain) in 1962, he lives in Valencia where he was graduated as an industrial engineer, specialist in electricity. He can speak English and reads French. Interested in UFOs since 1974, particularly in CE-III cases, he only recently joined the Fundación Anomalía. Member of the collective “Cuadernos de Ufología” since 2001 and consultant of the Fundación since 2003, he is currently leading the development of a unified case catalogue for Spain, Portugal and Andorra (CUCO). Aeronautics is his second (?) passion.