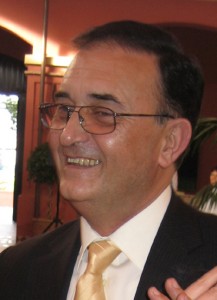 osé Ruesga Montiel  was born in Sevilla, on December 14, 1947. He studied technical architecture at the Sevilla University (1970), anthropology and theology at the Salamanca University (1991) and is working as a director for the regional government.

Among his ongoing UFO projects, he is coordinating “Proyecto Mèliès” (UFOs and ET in cinema) and “Music and UFOs”.

Besides ufology, his interests include art (as an awarded  painter and photographer) and archaeology (working with Museo Arqueologico Hispalense).