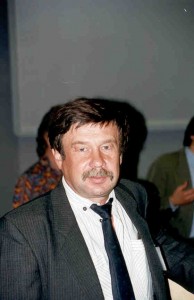 Born 19th September 1943 in Russia. Yulii Platov studied in Moscow Physical-Technical Institute from 1960 to 1966. He continued his postgraduate training at the same institute, studying Plasma Physics until 1968. He was doctorate of Physical-Mathematical Sciences in 1972. Now, he is Leading Research Scientist at the Institute of Terrestrial Magnetism, Ionosphere and Radio Wave Propagation, Russia.

The fields of his scientific interest are: solar physics, physics of the upper atmosphere, optical atmosphere phenomena, spectroscopy.

Yu.Platov has published more than 80 scientific papers with about 20 concerning the physics of paranormal phenomena, with one monograph entitled The UFO and Contemporary Science.