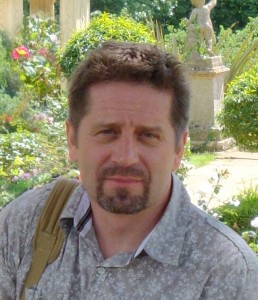 David Sankey is currently an artist/illustrator living in the United Kingdom, having been fascinated with strange phenomena from an early age he has spent many years studying and working with a variety of organisations – he was an accredited Investigator and RIC (Regional Investigations Coordinator) for the South Yorkshire region and Secretary to the NIC (National Investigations Committee) with BUFORA the British UFO Research Association – and in 1996 he was awarded BUFORA’s Investigator of the year award at the Sheffield University conference. Over the years he has also played an active role as an Investigator/Researcher with organisations such as ASSAP (The Association for the Scientific Study of Anomalous Phenomena), UFOIN (UFO Investigators Network), and Quest International. David has a number of academic qualifications ranging from Astronomy & Earth Science, Psychology, 3D Max, Animation, Photoshop and Cinema 4D.

Preferring a low key role – David is still involved as an active Investigator/researcher and quite often offers assistance to other researchers around the world, primarily with Illustrative work to accompany their projects and research.
His main field of interest and study are primarily with CE3 and CE4 cases, focusing on the general physiology and descriptions of the occupants. At the moment David is currently assisting with work upon a five volume book project in the UK, with authors John Hanson and Dawn Holloway – with a working title of Haunted Skies the book project takes an in-depth chronological look at witness sightings and strange phenomenon reported extensively throughout the UK region from the early 1940’s through to the present.

Apart from David’s dedication to the study of Ufology he also has an active interest in the ‘Nose Art’ often painted on aircraft in WWII and through this he is currently working closely with the Tower Museum at Bassingbourn, England, wartime home of the famed 91st Bomb Group, with a series of Illustrations dedicated to the memory of USAAF bomber crews who flew from the base in WWII. Most of this work is available in the Tower Museum shop, the main proceeds helping towards the running costs of the museum. Bassingbourn base is still an active base and currently home to the Army Training Regiment.
In addition David is also a trained Archery coach and keen off road Mountain Biker.