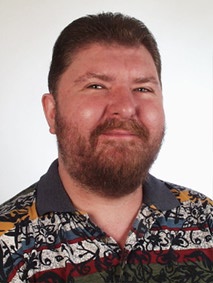 Werner Walter was born in 1957 in Mannheim, Germany and is a trained retail salesman.

He became interested in UFOs as a young man, when he had a UFO sighting himself, which later turned out to be a laser projection. In those days he happened to meet and get to know Hans Jürgen Köhler. Fed up of the contactee movement and ufological lies spread in Germany, in 1976 they founded CENAP, the Central Exploration Network on Unknown Aerial Phenomena. The Cenap Report has been published bi – monthly for decades and has become an online magazine (pdf) still appearing bi-monthly to this very day.

His homepage is: www.cenap.de Walter also published dozens of books by himself and also wrote a bestseller called “UFOs – Die Wahrheit” (UFOs – The Truth), which was published by Heel publishing house in 1996.