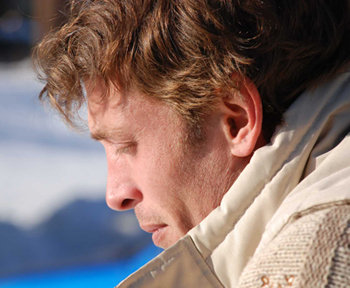 Born in 1970, he’s a generalist engineer with a specialisation in electronics & signal processing (after Maths Sup and Maths Spe).
He worked nearly 10 years for the D.G.A. (French weapon procurement agency). After a Master 2R in applied mathematics, he’s now a teacher in mathematics.

In the meantime, he has been scientific coordinator of UFOCOM web site for a few years, trying to gather scientific expertise from different fields (astrophysics, biochemistry, aerospace, digital processing of images/video, …) to be in position to study any material made available to the UFOCOM. His main interest was the Belgian UFO flap that began in the late 80s early 90s. He studied some of the F16 radar lock on data provided by A. Meessen.

He published a recent work with Martin Shough, David Clarke, Paul Fuller and others about a strange aerial luminous phenomenon observed by pilot(s) above the Channel Islands.

He has always been strongly attracted to the idea that life is blooming throughout the universe, and he’s inclined to wonder whether advanced life forms could be visiting/studying/monitoring the homo sapiens evolution and his long march towards the stars. Consequently, he’s interested in all the ways to bring the available UFO related field data to science, even if it is very challenging to work on this collected data, sometimes very sparse, and if in the end, it remains hazardous to discriminate between phenomena originating from earth and phenomena extraterrestrial in nature. He has the longlasting feeling that one must cross many science fields (combining “hard sciences” and social or human psychology, cognitive sciences,…) to properly approach the UFO phenomena.

He’s admirative of the science camps of the Hessdalen project, and of any attempt to make experimental science (gathering ad hoc sensors) on a set of rare phenomena. He’s also curious to see whether the Internet promises (collective intelligence, team working, data-mining, …) combined to all the new mobile technology (imaging, geolocalizing,….) will help the study the UFO phenomena.