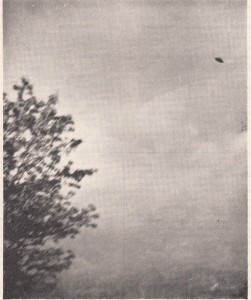 In just three days, news of a light in the Canavese skies passed from local news to a state question.
The facts: on Wednesday night, June 6, just before 11 p.m., dozens of residents in the municipalities of Corio, Rocca and Levone (province of Torino) were alarmed by a strong and long roar making windows shake. Most people thought an airplane was about to fall on the houses. Many, who left home or were already outdoors, watched and later described the low-altitude passage of two military planes, seemingly chasing a white light moving in the sky, according to some of the witnesses.
As it is now frequent, testimonies have begun flooding social networks on the following morning, and for the first few days they were reported  only by local newspapers (Sentinella del Canavese, Cronaca Qui Torino), while both ENAV (civilian Aviation Administration) and Italian Air Force denied the presence of low-flying aircrafts in the valley at that time.
When one of the witnesses went to submit a complaint to the Carabinieri police and two local politicians announced they were to present a Parliamentary question to the Ministry of Defense, however, the news rose to national level, with a national wire ANSA press release on Sunday evening, which got to most newspapers and mass media on the following day.
Meanwhile, the Italian Center for UFO Studies (CISU) had opened an investigation,  launched a public appeal to witnesses and has so far tracked down and made contact with a dozen eyewitnesses who, in addition to the roar and the planes, have seen the luminous object in the sky.
Investigations are still ongoing and it is too early to reach conclusions about the observed phenomenon and the dynamics of the events, before data collection is completed, matching the testimonies and making on place surveys.

The CISU is interested in any evidence of unusual objects or aerial phenomena, and always invites witnesses to tell their experiences, granting privacy to them.
– – –
Top: photo of a flying object taken at Corio Canavese (Pian Audi) on August 29, 1962