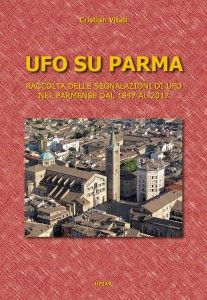 On time for the 33rd National UFO Conference, held by CISU in Bologna on November 10th, the second edition of Cristian Vitali‘s “UFO su Parma” was published by UPIAR Publications.

The book, subtitled “Collection of UFO Reports in Parma province from 1947 to 2017″ is the updated and enlarged version of the 2015 result of Vitali’s three years work at collecting, filing and cataloguing all UFO case histories from his province. 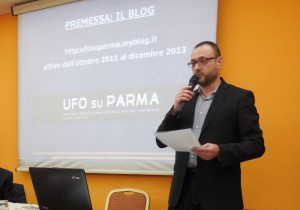 Compared to the first edition, this one brings from 445 to 502 sightings in and around Parma, with 34 new cases from the 2015-2017 periods and other 23 cases from previous years but not in the old catalog. Revisions and updates of 37 events were also added, in the typical “CISU style” for which the publication does not mark a project arrival but also the starting point for further investigations, in a continuing work in progress.

In addition to detailed description of each sighting, the volume contains statistical analysis and some in-depth investigations by the author, for a total of 220 pages. It can be ordered from Upiar Store website.