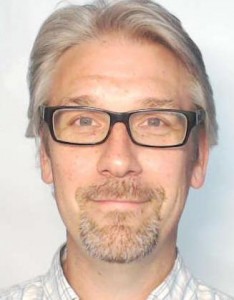 Belgian and born in 1971. He obtained a Master in Political Science (International Relations), a Diploma in Asian Studies and a Diploma in Business Administration from the Catholic University of Louvain-la-Neuve. After university, he worked on a development project in Central Africa. Since 2001, he joined an international organisation and works in international policies, currently on environmental governance.

Interested in ufology since adolescence, it is mainly the interdisciplinary aspect that motivates him to better understand it. Daniel joined COBEPS in 2008 with a view to actively grasp what the UFO phenomenon is about, going beyond the reading of general books. He has carried out about ten investigations and this fieldwork is essential for him to understand the complexity of the UFO phenomenon. For him, meeting with the witnesses is an essential step to understand an observation and to deepen the elements, which cannot show through a few lines of a report.

Daniel has no belief and wishes to remain without a priori as to the origin and explanation of the UFO phenomenon.