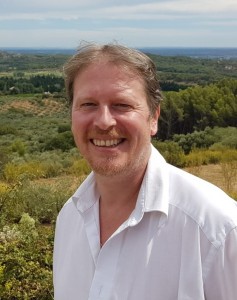 Yannis Deliyannis was born in 1973 and currently lives in Orange, France.

After graduating in Archaeology at the University of Paris-Sorbonne in 1998, he took part in various field work in France, Greece and Turkey. He worked at the Bibliothèque Sainte-Geneviève and the Bibliothèque universitaire des Langues Orientales in Paris where he participated in the development of a digital database of rare manuscripts.

In 2001, he took part in the creation of the Institut National d’Histoire de l’Art in Paris.

He developed a strong interest for the study of celestial phenomena in both ancient and medieval sources, actively contributing to the Magonia Exchange project.

He collaborated strongly with both Chris Aubeck and Jacques Vallée, most notably during the writing of their collaborative book, Wonders in the Sky.

He is also a supporter of the SCEAU project.