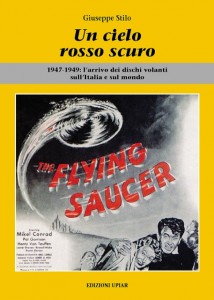 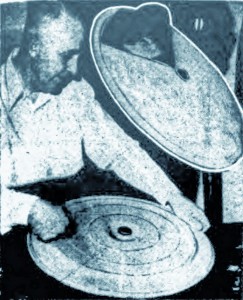 This 44-pages new issue can be downloaded for free in PDF format, as well as back issues, and is containing five articles.

A long, well-documented essay by Maurizio Verga reports how widely there were many dozens of – more or less ridiculous – instances of flying saucers fallen to the ground, especially in the United States but also in other countries, in the very year of birth of “saucers”, 1947.

A study by the Spanish ufologist Luis R. Gonzalez explains how Spain moved from science fiction literature to the first direct and “real” testimonies of “Martians” apparitions, in the first half of XX Century.

Giuseppe Stilo is the author of three shorter articles:
– an unusual aerial phenomenon watched at Udine by a meteorologist and other learned people in 1923,
– the little known case of a contactee woman active in Trieste theosophical circles in the mid-50s,
– French writer Henri Pensa’s belief that some odd “meteors” might be considered luminous signals to the Earth by Mars inabitants, in the 1920s.

[Top picture, one of the retrieved “flying saucers”, from The Knicker Bocker News, Albany, New York, 10 July 1947.
Bottom picture: a meeting of the Italian UFO History Group: Giuseppe Stilo is standing on the right, Maurizio Verga is sitting in front of him, on the left.]