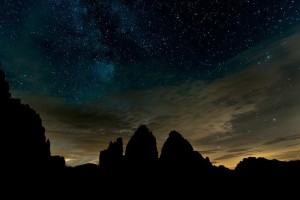 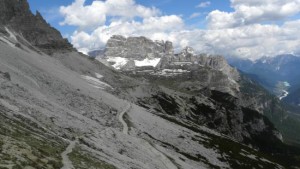 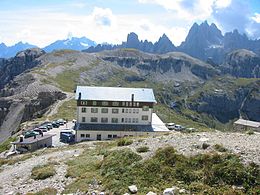 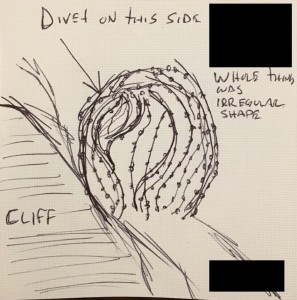 Two French ufologists died within few days in February.
On February 16, Jacques Costagliola died in the Paris region. Born in Algeria in 1927, a doctor and biologist, he had long been animator of the so-called “Groupe de Science Ouvert” (Open Science Group) in Versailles, France. 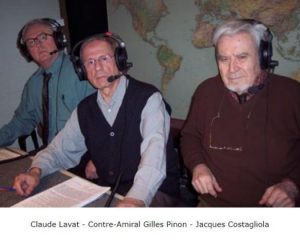 Expecially interested in the potential health risks of what he called “toxic close encounters”, he was best known for his 1988 book “Epistémologie du phénomène ovnien” (Epistemology of UFO Phenomenon).

Together with former Admiral Gilles Pinon, in 2008 he was among the promoters and signers of an open letter to the President of the French Republic, Nicolas Sarkozy, asking him to apply the precautionary principle to UFO phenomena and thus to order “an exhaustive study of the UFO phenomenon in application of a hypothetical-deductive method, bringing together competences in the political, military, scientific, sociological, philosophical fields, having as its object to confirm or deny the extraterrestrial interpretation”.

On February 21st, at the age of 50 years, John Tomlinson died in Nice, France, after a long illness. Born in the USA, he had grown up and lived in France. In 2008 he was appointed MUFON representative in that country and soon began an active role in establishing contacts for a better international UFO coordination. 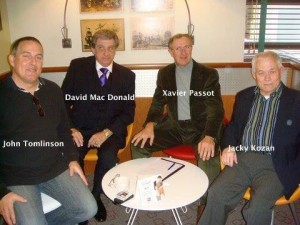 At the same time Tomlinson he worked on setting up a French branch of the Mutual UFO Network, finding a hand in veteran French ufologist Gerard Lebat, at that time coordinator of “Repas ufologiques” (UFO dinners) network. Thus MUFON-France was born and after Dave MacDonald was elected as MUFON International Director, John organized MacDonald’s trip to Paris in January 2013, for a conference and meeting with several MUFON representatives in Europe, as well as the signing of a cooperation protocol between the Mutual UFO Network and the GEIPAN (the UFO study group within the French space agency).

The ambition to create a MUFON-France that overcame the long-standing rivalries and envies among the various ufologists and associations of that country unfortunately collapsed in a short time, despite both Tomlinson and Lebat stepping backwards and leaving group management to others. Disappointed by the UFO people, John left active ufology shortly before discovering the disease that killed him in a few years.

[In the above photo: Jacques Costagliola (right) with Claude Lavat and Gilles Pinon.
In the lower picture: John Tomlinson in Paris in 2013, with MUFON director Dave MacDonald, GEIPAN director Xavier Passot and MUFON-France director Jacky Kozan.] 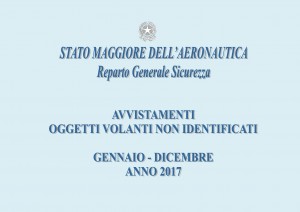 After the publication of CISU data about UFO reports collected in 2017, also the CUN (National UFO Center) published its data about UFO sighting report received last year (110 in all), confirming the downward trend not only compared to 2016 but also within the whole decade, unlike some sensationalist claims by some Italian media in early January.

Although less significant, the number of reports coming from Italy to the Mutual UFO Network (MUFON) Case Management System, which offers the best known online direct collection system in the world (7,686 sightings worldwide last year), remained unchanged (22 in 2016, 22 in 2017) but the language barrier makes it a very partial indicator for non-English-speaking countries.

Also the General Security Department of the Italian Air Force has now released the usual annual summary of reports of unidentified flying objects (UFOs) received in 2017 and for the first time since 1979 (when this service was started) no UFO sighting report has arrived to the Italian military for the whole year. As already noted in the past, in Italy – unlike other countries – the annual totals of UFO cases received by the government have always been much lower than those collected by private UFO associations, but a total of zero is remarkable anyway.