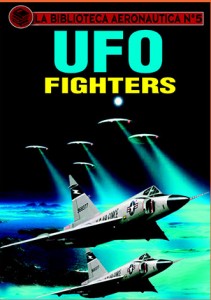 The aeronautical journalist Nico Sgarlato succeeded in a odd record:  two UFO books by him were published within just over a month, the first ones in an already long career as a writer on technical issues.

At the end of September, Delta Publishing  announced the release of a volume titled “UFO Fighters” (80 pages, hardcover), which consists of a collection of articles he Sgarlato wrote about UFO cases hisotires having pilots in flight as witnesses , especially in the magazine “Aerei” (Airplanes) . Among these are Kenneth Arnold, Thomas Mantell, George Gorman, Frederick Valentich and Giancarlo Cecconi (Italy) testimonies, Washington, Lakenheath, Teheran, Belgium aerial encounters etc., each with a wide range of illustrations and references to the aerotechnical aspects. 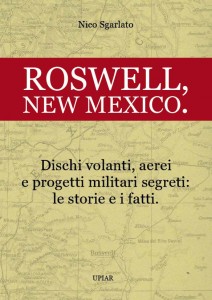 In early November, the book entitled “Roswell, New Mexico” (and subtitled “Flying disks, airplanes and secret military projects: stories and facts”, 93 pages + xvi of pictures) has been published  by UPIAR Publications about the famous story of a flying saucer crashed in southwestern USA, in those very early days when the “flying saucers” saga began. Here, too, author’s attention is mostly centered on aeronautical and military history, with an eye to the role played by intelligence in this and in some other historical cases (Mantell, Kinross, Fu-Go Ballooons, Kecksburg). 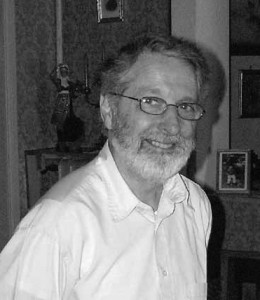 where he has always lived) is mostly known as editor or editor-in-chief of several specialized periodicals (eg. Aviation & Navy, Airplanes, Aerospace-month, Airplanes in History, Aeronautics & Defense), but only a few people know he also has a ufologist curriculum dating back to his younger years and the collaboration with “Clypeus” magazine  (1967). Since 1990 he’s been  a full member of the Italian Center for UFO Studies (CISU), writing articles in its journal “UFO”.