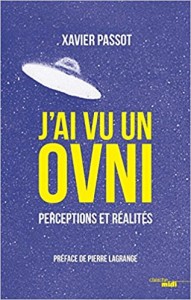 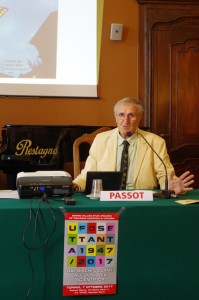 We have often written about GEIPAN, and Mr. Passot himself was a guest and speaker at CISU national conference in Torino, in October 2017, where he presented us his experience in such unique position as an “official ufologist”.

It is not the first book written by a former GEIPAN director: he was preceded by Jean-Jacques Velasco (“Ovnis: La science avance”, 1993; “Ovnis: L’évidence”, 2004 ) and Jacques Patenet (in the collective book “Phénomènes aérospatiaux non identifiés, un défi à la Science”, 2007). In fact each director of the GEPAN (later renamed SEPRA, finally GEIPAN) has given his own mark to that office, and it is therefore interesting to know each one’s perception “from within”.

Following on the footprints of his predecessor Jacques Patenet, Passot’s  years marked the phase of GEIPAN’s maximum openness both to the public (with the gradual publication of its whole archive of UFO reports) and to private ufologists (at least to those of scientific orientation), culminating with the Paris congress CAIPAN (Collecte et l’Analyze des Informations sur les Phénomènes Aérospatiaux Non-identifiés) in July 2014.

The book is not addressed to ufologists but to a general public, it is written in simple language, with a pedagogical intent, and is divided into three parts.
The first section (“GEIPAN Files”) reports a dozen significant case histories investigated, also reporting the conclusions where it was possible to reach one.
In the second part (“Investigation Complements”) the author delves into the complexity of UFO investigation, by quickly reviewing conceptual components of the problem: what is (and can be seen) in the sky, the weight of cultural factors, the role of the witness at the heart of the investigation, the concept of evidence and the role of photographs, the role of the investigator.
The third section (“The UFO Challenge”) examines the most widespread interpretative hypotheses, the interaction with the tools of science, the relationship with the mass media, the aspects related to defense, the role of beliefs.
The book ends with a chapter of conclusions, a critical analysis of the “COMETA Report” and an annotated essential bibliography.

If Passot’s purpose was to resume his five years in chair of GEIPAN and report his personal experience in the UFO world, even if brief his text makes an effective synthesis of the UFO problem and of its study today. 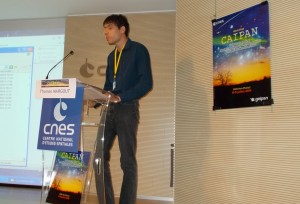