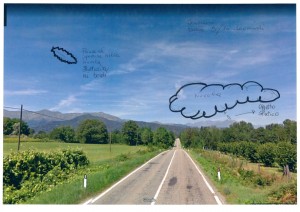 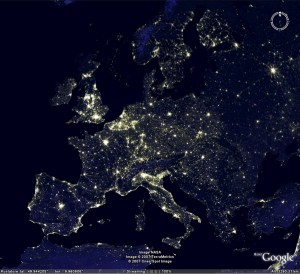 Since the early hours of today, dozens of reports of a bright object crossing the sky have begun to arrive, from half of Italy (and Southern Europe as well).

In our country, the phenomenon has been observed at least from several regions (Liguria, Tuscany, Lazio and Campania), with videos and photographs taken by witnesses still awake shortly after two o’clock in the night between Saturday and Sunday, when watches were supposed to be moved forward one hour.

Ufologists will systematically collect reports in the coming days, but the first reports available on the net and accompanied by photos and videos were those from Anzio (RM), Nettuno (RM), Fondi (LT), Pozzuoli (NA), Benevento (BN), between Salerno and Maiori (SA), in Vallo di Diano (SA) and Padula, a Battipaglia (SA) and other locations in Campania.

Mass observations of luminous aerial phenomena of this type are a recurring phenomenon, well known to ufologists since the early ’50s, and were baptized “flaps”: unlike typical UFO sightings (expecially high degree strangeness reports) that involve few people in a single location, in the flaps there are tens or hundreds of contemporary testimonies from different localities, which describe the same phenomenon.

Flaps reporting the quick passage of one or more luminous objects, with or without a trail, following a generally straight path, are mostly due to two types of causes (which have very similar phenomenic features): bolides and atmospheric reentries of artificial satellites (or rocket parts that put them in orbit). One of the most sensational and better studied took place on the night of June 6, 1983, but this type of events occur on Italy every two to three years on average.

Last night phenomena were in fact caused by the return to the atmosphere of the third stage (2018-026B) of the Soyuz MS-08, which was launched last March 21 from the Baikonour (Kazakhstan) cosmodrome to bring International Space Station two US astronauts and a Russian cosmonaut.

According to US infrared satellites, as reported by amateur astronomeur Marco Langbroek, the reentry took place at 03:25 (summer time) around the coordinates 41.9°N, 8.1°E, above the sea off Ajaccio, Corsica, along a path that would otherwise have continued parallel to the Italian coast.